How To Not Feel Stupid When Sharing Your Faith
Posted March 16, 2021

In 2 Timothy 4:12-16 Paul gave Timothy 6 very specific ways he could build himself up and continue ministering in the faith even when people looked down on him. I believe if Christians were to apply these same principles, more people would be emboldened to share what God had done in their lives, and worry less about what people think!

Here are Paul’s tried and true methods for operating in the spirit of power, love and a sound mind:

1.) Focus on Setting an Example

One of the best ways to validate what you believe is by setting an example for other people of how Jesus changed your life.  Did you formerly use curse words in every sentence? Did you previously smoke two packs of cigarettes a day? Did you used to hate your boss, your parents, your co-workers, or the person who cut you off in traffic?

It’s typical when people experience the saving grace of Jesus to become radically transformed in almost all areas of one’s life, as Jesus replaces the emptiness of pain and sadness with the fulfillment of his love.

Therefore, when we become born again, we’re able to now be an example to others in “speech,” “conduct,” “love,” and in “purity,” knowing that only by God’s grace were we able to overcome such destructive behaviors in our previous life.

Whenever, it seems like no one is paying attention to what you have to say, focus on being the best example you can be of God’s transforming grace.

2.) Devote Yourself to the Word

Paul’s second instruction to Timothy was to devote himself to the reading, preaching and teaching of the word. The best way to become more fortified in what you believe, and develop the courage to proclaim it boldly, is to consistently engage in reading, and sharing the word of God.

Something unique happens when you personally share your learnings from the bible. First, you continue to build up your faith as you hear yourself discuss biblical truths. Second, when you read and share the word, you gain insight regarding its application in people’s lives. Last, you become more fluent in sharing what God has shown you in your heart, which causes the impact the word makes in your life (and in the life of others) to increase.

The stronger you become in your knowledge, understanding and revelation of the word, the more confident you become in its inherent truths, which in turn protects your heart from criticisms spawned by the enemy.

I find that so many Christians are so completely depleted of self-esteem, they rarely think beyond themselves enough to use their gifts to benefit others. This further leads to feelings of condemnation, which in turn makes people even more impotent in sharing the Gospel.

Paul encouraged Timothy to remember when the body of elders affirmed his gift, and to continue operating it. Now, you might be thinking, “But, Krissy, I’ve never had any leaders acknowledge my gifts.” I disagree. All of us at some point in our lives have had someone (a teacher, a parent, a spouse, a friend) reflect back to us a gift they saw in us that they encouraged us to use.

But even if you didn’t have anyone who has spoken life over your gifts and talents, it doesn’t mean you have none. The bible teaches that God’s gifts and his call are irrevocable (Romans 11:29), which means that God has given you a gift and it’s up to you to find out what it is and make good use of it.

Knowing the gifts you possess and operating in them is one of the keys to remaining confident in sharing your faith.

“Diligence” is a sorely forgotten concept in the world today. In our ‘instant gratification’ culture, it seems like whenever something doesn’t immediately work out the way we want it, we give up and quit life. But Paul, wise as he was in his admonishment to Timothy, encouraged him to give himself “wholly” to the matters of which Paul spoke to him about.

There is a unique concept in scripture that reveals whenever our hearts are divided (meaning, half of us wants to do one thing, while the other half wants to do something else), we are stymied in our progress, or in achieving forward motion toward our goals. This where the term “whole-heartedly” derives its meaning.

Paul told Timothy that he was to devote himself whole-heartedly toward his life’s purpose, adding that one of the benefits would be that people would be able to see God’s grace and power grow in his life.

When people see us change and grow, becoming mature in our faith, this brings validity to what we share regarding Jesus’ message.

Interestingly, in Paul’s list of activities that would help Timothy become more confident in his faith, was watching his “doctrine.” In short, doctrine refers to the basics tenets of one’s belief system, and in Timothy’s case, Paul would have been referring to what Timothy believed about the meaning of the Jesus’ life, ministry, death and resurrection.

The fact that Paul warned Timothy to watch his doctrine is evidence that it’s possible for one’s doctrine to drift away from the source of truth. Obviously, the more a person shares his faith, the more he is exposed to criticisms and questions about what Jesus’ life was all about. If left unchecked, it’s easy for even the most ardent believers to question previously held absolute truths, as perhaps outdated, not possible, or irrelevant to today’s culture.

This drifting away from scripture as the absolute source of truth and purest depiction of God’s will on this earth toward mankind, is quite prevalent today, and I believe it’s a direct result of well-intentioned believers, and even pastors, who have not taken to heart this admonishment from Paul to pay attention to what you believe.

The enemy loves nothing more than to wreak havoc on Christians and Christianity, by slithering into cracks in someone’s doctrine, and breaking apart someone’s beliefs about God, Jesus and the innerrancy of scripture. We must continually walk the perimeter of our Christian doctrine, repairing cracks and fortifying the foundation of our faith.

Much like point number 4, diligence, persevering speaks to Paul’s desire to keep Timothy on the super highway of faith that would eventually lead to a glorious future in God’s presence.

While diligence speaks to a person’s own self-determination to remain disciplined, perseverance, on the other hand, refers more to remaining steadfast in one’s faith in spite of outside forces attempting to throw us off course.

Paul clearly was no stranger to trials and tribulation, and lovingly warned Timothy, that no matter what he did to personally protect his heart from discouragement, criticism, and fear, there would be a spiritual force working against him in this world, against which he must create a bulwark of faith to protect him.

Paul ends his encouragement to Timothy in one of his most pastoral statements, lovingly reminding Timothy of the importance of taking these matters seriously, as there was more at stake than just Timothy’s personal well-being.

Paul concludes his instructions with a sobering reminder that following these precepts would not only protect Timothy, but would ensure Timothy’s “hearers,” would be well taken care of by Timothy’s own commitment to the life and doctrine of Jesus Christ.

If you’re not used to sharing our faith, it can be intimidating to start. But whenever we follow the guidelines laid out for us in the bible, developed by those who were so fortified in their beliefs they were willing to die for their faith, we will become so bold in sharing the gospel, that the world will be changed! 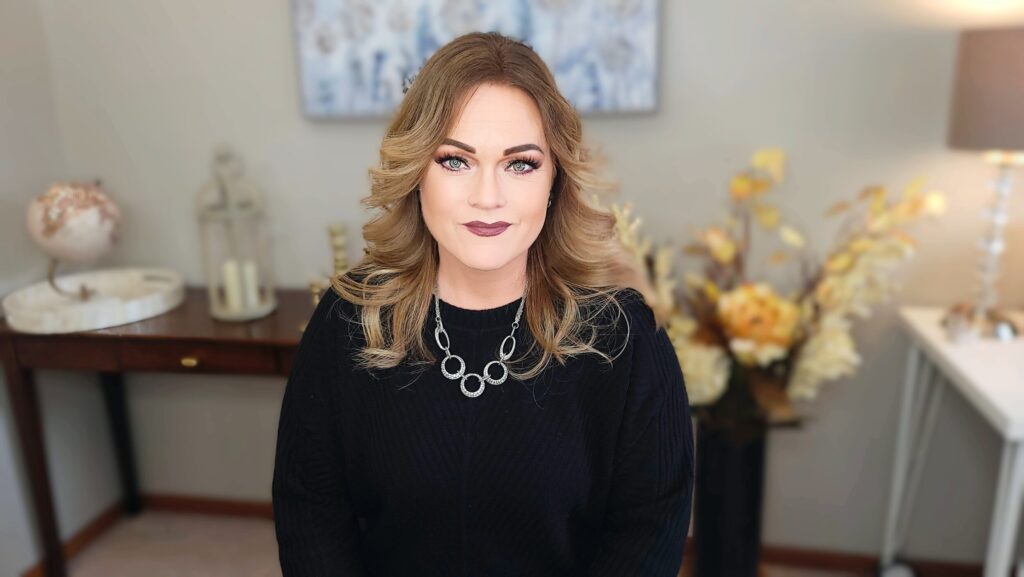 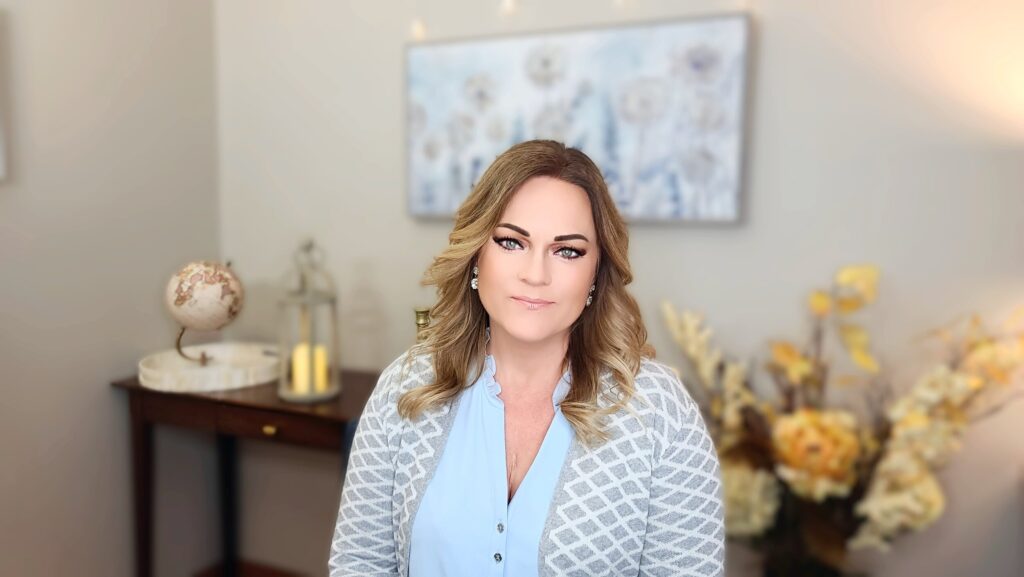 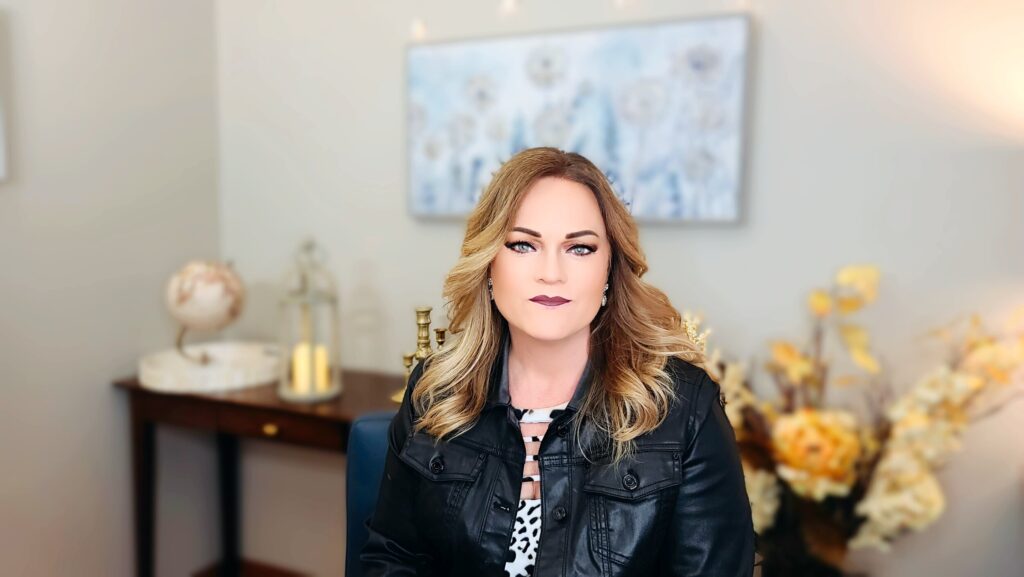 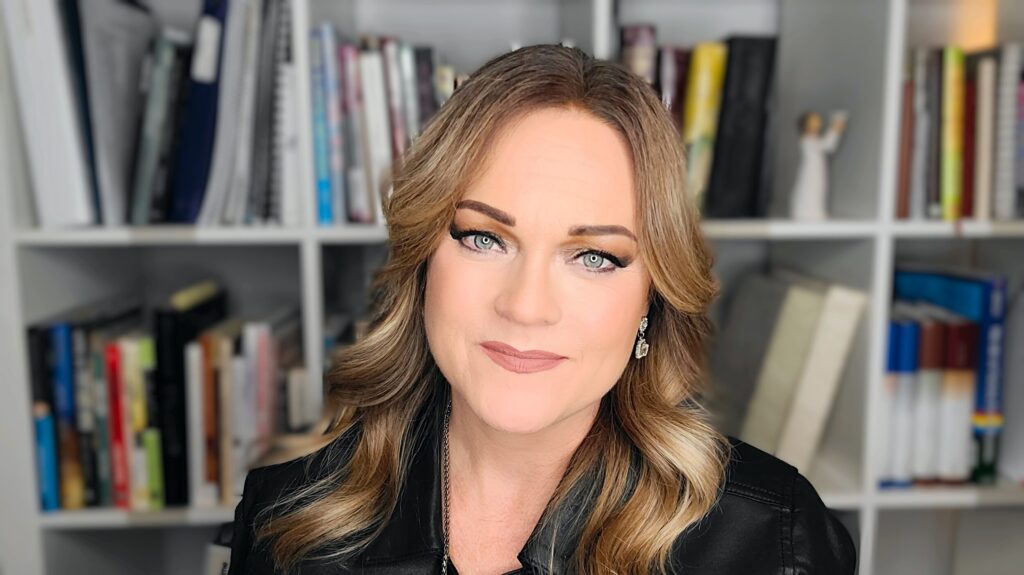 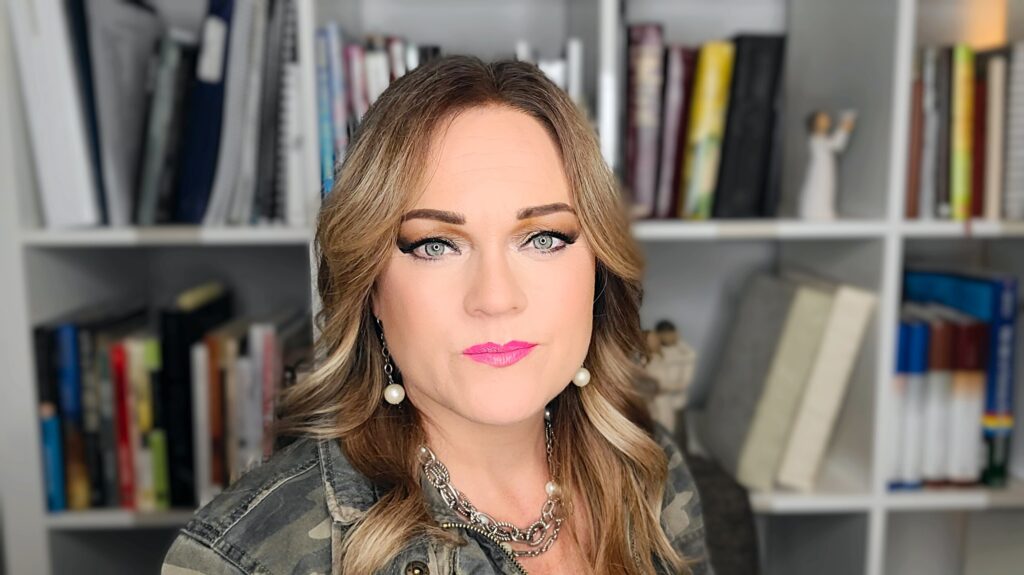 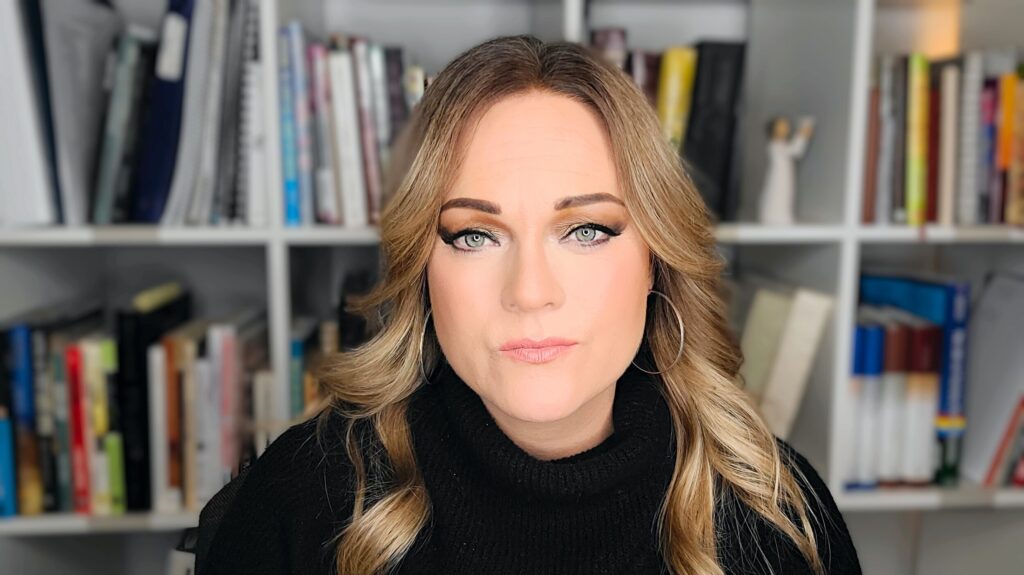 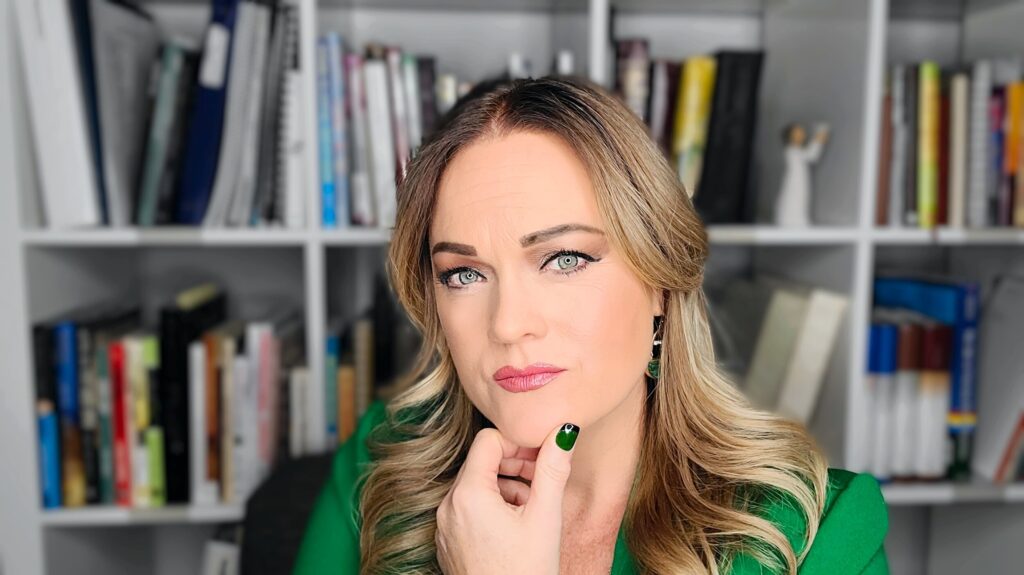 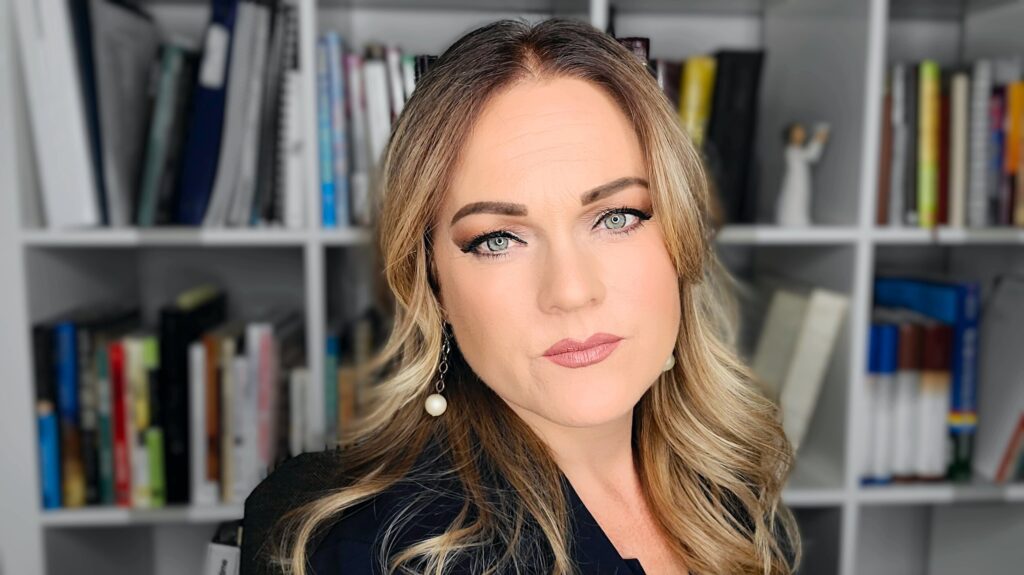 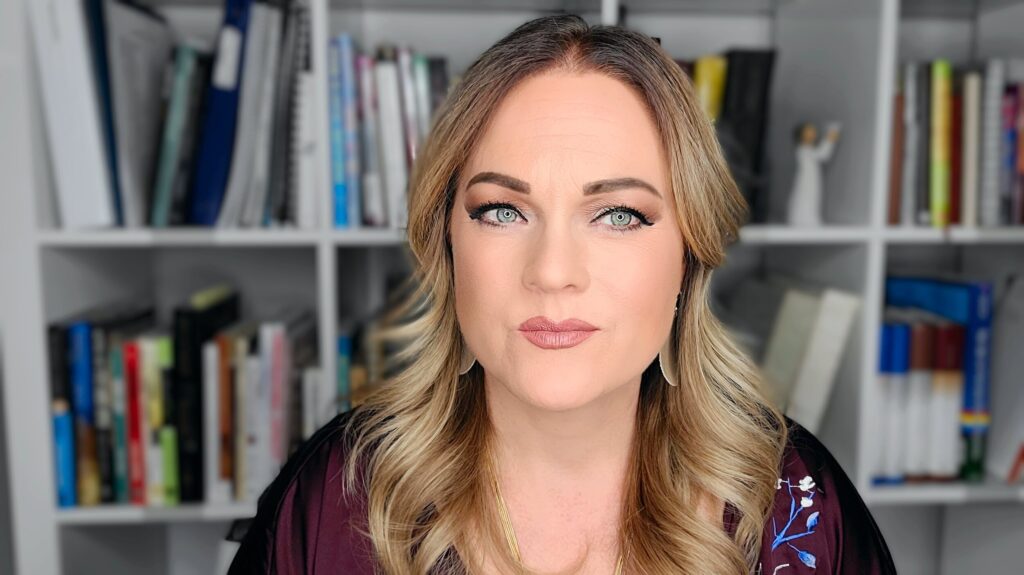